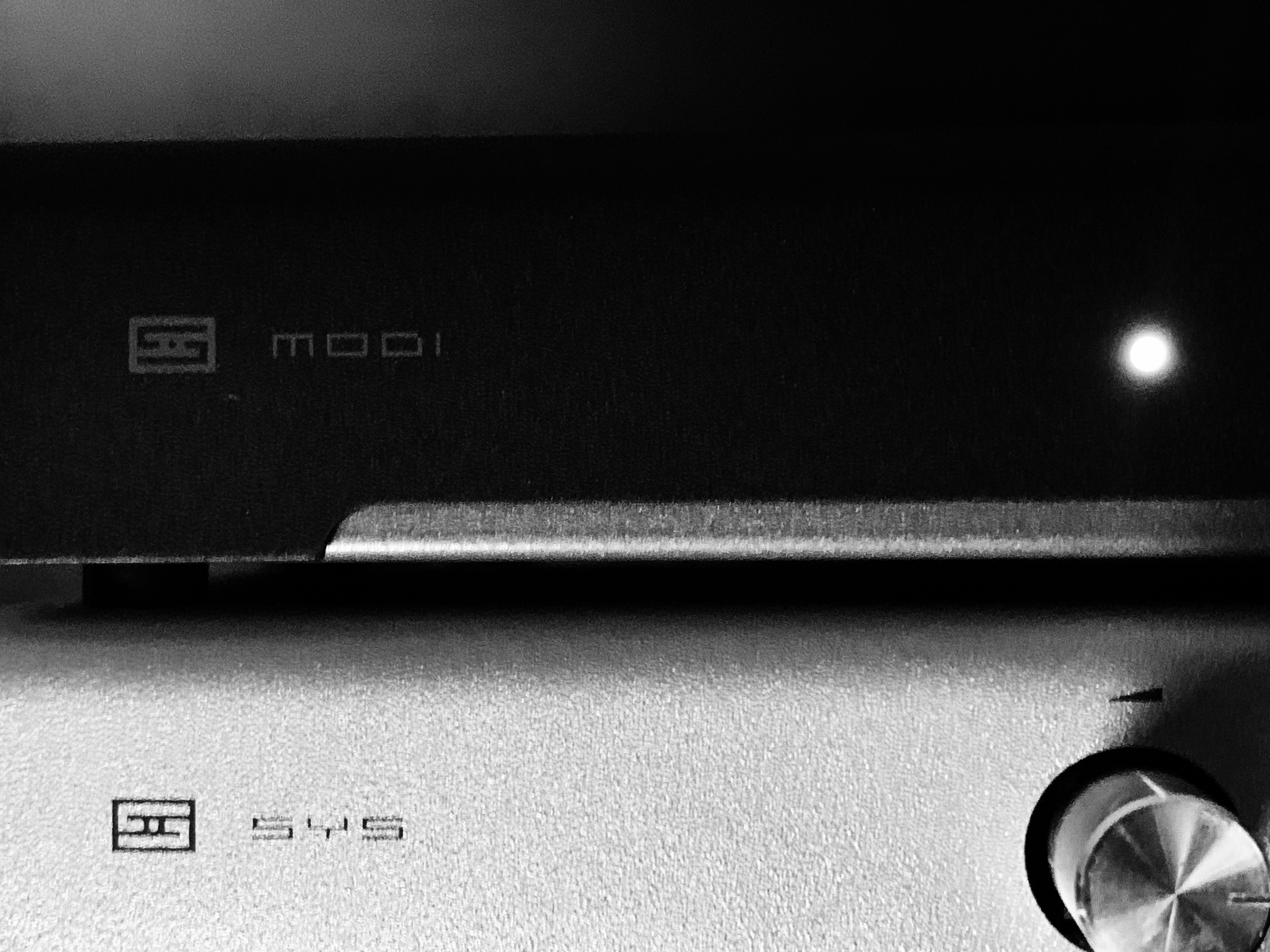 My amplifier finally gave up in November 2018, I always knew it was one of the weaker parts of my Hi-Fi setup and in late January 2019 I replaced it with the Pro-ject Stereo S Phono. Around this same time I started watching John Darko on Youtube and became fasinated by the aesthetics and attention to detail in his descriptions of audio equipment.

I already owned, as seen above the Schiit SYS, which I was using as a passive pre-amp primiarly for a NAD CD player. And on seeing John Darkos review of the Schiit Modi 3 I decided I must have this. It turned out to not be in stock in the UK and the EU site didn’t ship the UK. So to the USA store I went and bought the Schiit Modi 3 in black.

I’m using bookshelf speakers, Quad 77 11L I beleive original models. I connect up the Schiit Modi 3, I confess to powering it with an Apple iPhone Charger, (not some high end USB supply). And using Toslink connected that to an Apple Airport Express with Airplay2. And I also purchased the Apple USB Camera Kit from Amazon UK.

And literally holy Schiit it transformed my listening experience. iOS sees it as an external DAC as I’d hoped over USB Camera Kit. Apple Music a compressed audio source, (all be it some content is mastered for iTunes now and it’s worthwhile seeking this out in iTunes to check, it’s a lot at the catalogue at time of writing.) The audio is punchy particularly the bass, extremely crisp and detailed. There’s an enormous spacial stereo seperation now to anything put through the Schiit Modi 3 and that is extremely enjoyable. I’ve also started to use VOX and play some Flac rips through it too and the sound is incredible.

It sounds so good that as or writing I’m considering buying a second to use with Volumio on Raspberry Pi although I do have a HiFiberry+ Pro DAC in the mail.

I feel like 2020 is late to join the external DAC world but I’m glad I did.